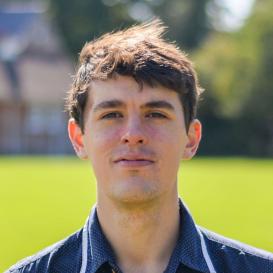 I am currently preparing a book manuscript titled, ​Messiaen’s Rhythms: Legacies of Philology in French Musical Modernism. The monograph reinterprets the rhythmic poetics of one of the twentieth-century’s most important composers in light of the intellectual history of comparative philology, exposing how French modernist experimentation in rhythm reappropriated classical Sanskrit, Greek, and Latin scholarship in the service of a modernist artistic agenda. Among the first research projects to delve into Messiaen’s newly accessible archive, the monograph builds on my doctoral research, which uncovered the significant impact of comparative philology and the Indo-European hypothesis on French musicology and composition more broadly in the nineteenth and twentieth centuries.

I am beginning research on the career and artistry of Yvonne Loriod (1924–2010)—a leading pianist and pedagogue whose contributions to twentieth-century French music have been hitherto overshadowed and undervalued—with the goal of modelling a relational historiography of modernism driven from the frontlines of musical performance, whether on the concert stage, the recording studio, or the classroom. Meanwhile, I am also coordinating research projects on musical transcription and arrangement, and on the nineteenth-century composer and folklorist Louis-Albert Bourgault-Ducoudray.

I received my PhD from Clare College, Cambridge with the support of a Gates scholarship, and hold previous degrees in music from the University of Oxford, and in comparative literature (French and Sanskrit) from Brown University. Immediately prior to joining Magdalene College, I was a Fondation Wiener-Anspach postdoctoral fellow for a year at the Laboratoire de Musicologie, Université Libre de Bruxelles. I am also an accomplished pianist and chamber musician, having performed at venues including Carnegie Hall, the Louvre, the Seoul Arts Center, and across Cambridge.