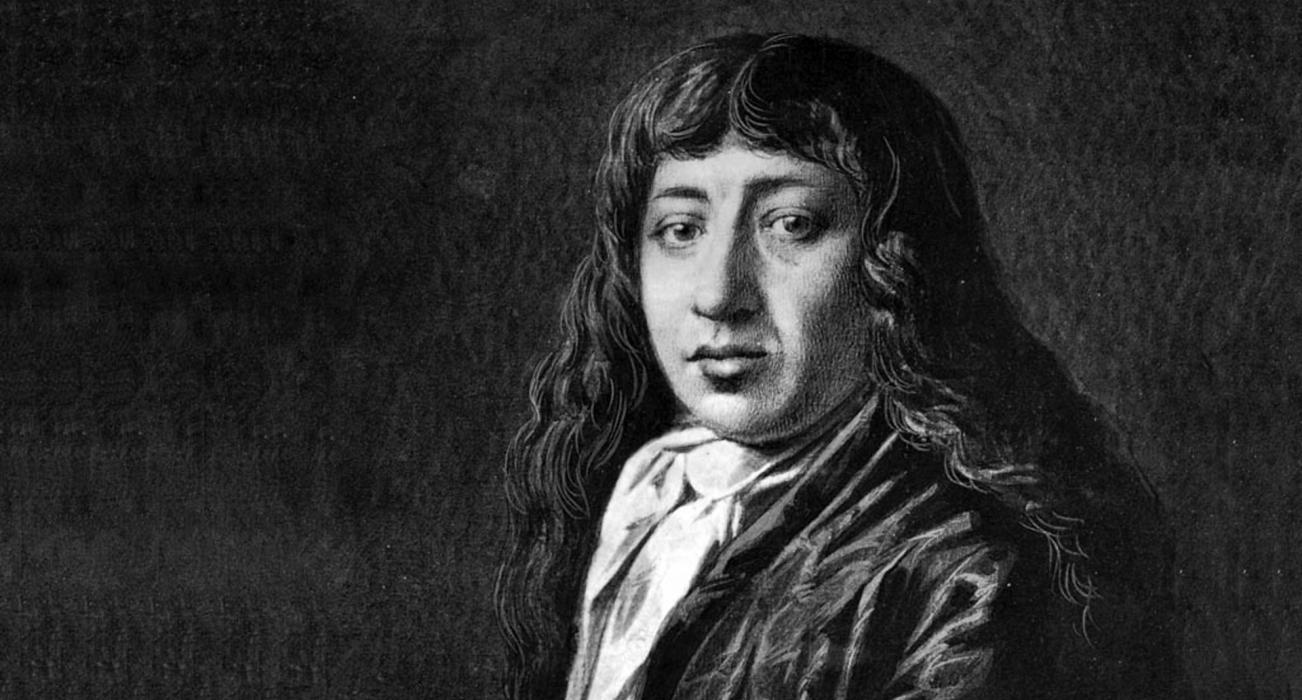 The best known of all the graduates of Magdalene is probably Samuel Pepys, who made his name immortal by his diary.

He made a unique contribution to our national history by his work as a naval administrator, and he bequeathed to the College its greatest treasure - his library, a unique collection of 3,000 books and manuscripts, still preserved as he left it. test.

Samuel Pepys was born in Salisbury Court off Fleet Street in London, on 23 February 1633. His father, John, was a tailor who came from a family of good yeomen stock long-settled in Cambridgeshire. Pepys's Elizabethan great grandfather had married well and acquired the manor of Cottenham. Pepys was a boy of ability and, after a short spell during the Civil War at the grammar school in Huntingdon, he was sent to St Paul's School and thence, with a leaving Exhibition, to Magdalene in 1651. Here he was awarded a scholarship and took his degree in 1654. Possibly he meant to become a lawyer, but seeing the execution of King Charles I and the establishment of a republic, another career opened up for him.

Edward Montague, a distant relative, had become a Councillor of State under the Cromwellian Protectorate. He took Pepys into his service as a secretary. Shortly afterwards Pepys acquired a clerkship in the Exchequer. This job gave him a little money, and he married Elizabeth St Michel in 1655. In 1658 he moved to a house in Axe Yard, off King Street, near to the palace of Whitehall.

It was in this house that Pepys started to write his diary, at the age of 27. He was 36 when fear of losing his eyesight forced him to end it. In June 1660 he was appointed Clerk of the Acts to the Navy Board, a key post in what was probably the most important of all government departments - the royal dockyards.

Pepys's diary is not so much a record of events as a re-creation of them. Not all the passages are as picturesque as the famous set pieces in which he describes Charles II's coronation or the Great Fire of London, but there is no entry which does not, in some degree, display the same power of summoning back to life the events it relates.

Pepys's skill lay in his close observation and total recall of detail. It is the small touches that achieve the effect. Another is the freshness and flexibility of the language. Pepys writes quickly in shorthand and for himself alone. The words, often piled on top of each other without much respect for formal grammar, exactly reflect the impressions of the moment. Yet the most important explanation is, perhaps, that throughout the diary Pepys writes mainly as an observer of people. It is this that makes him the most human and accessible of diarists, and that gives the diary its special quality as a historical record.

Instead of writing a considered narrative, such as would be presented by the historian or biographer or autobiographer, Pepys shows us hundreds of scenes from life - civil servants in committee, MP's in debate, concerts of music, friends on a river outing. Events are jumbled together, sermons with amorous assignations, domestic tiffs with national crises.

The diary's contents are shaped also by another factor - its geographical setting. It is a London diary, with only occasional glimpses of the countryside. Yet as a panorama of the seventeenth-century capital it is incomparable, more comprehensive than Boswell's account of the London a century later because Pepys moved in a wider world. As luck would have it, Pepys wrote in the decade when London suffered two of its great disasters - the Plague of 1665 and the Great Fire of the following year. His descriptions of both - agonisingly vivid - achieve their effect by being something more than superlative reporting; they are written with compassion. As always with Pepys it is people, not literary effects, that matter.

The rest of Pepys's life after the spring of 1669 - some 34 years - is not recorded in the diary. To some extent it is recorded in history. He was Secretary to the Admiralty in 1673, and in the same year became a Member of Parliament. He commanded the naval organisation during the Dutch War of 1672-74, and was responsible for some important developments after it - a shipbuilding programme of unprecedented dimensions, and the introduction of half-pay for officers which, together with other reforms, laid the basis for a professional naval service for the first time in English history. He was President of the Royal Society from 1684-86.

Most of his leisure he now spent on his library. He intensified his search for books and prints, setting himself a target of 3000 volumes. Pepys and his library clerk devised a great three-volumed catalogue; collated Pepysian copies with those in other collections; adorned volume upon volume with exquisite title pages written calligraphically by assistants; pasted prints into their guard-books; and inserted indexes and lists of contents.

The work was in sight of completion by the time that his health began to deteriorate seriously in 1700, with renewed attacks of the stone. Only a handful of books remained to be bought to complete the scheme. In 1701 he moved to Clapham, where he died two years later, on 26 May 1703, his life's work done.

The library survives at Magdalene - to which it was bequeathed under stipulations that ensure that its contents remain intact and unaltered. It is still housed in the glazed bookcases that Pepys had had made for it by dockyard joiners over the years, and still arranged in the order in which he and his heir had left it. In the first of the bookcases, on the back row of the second shelf, are the volumes of the diary.

Pepys earned his place in history by his work for the navy, but perhaps these diary volumes, and the library containing them, are his most eloquent memorials. They speak, as no other relics can, of the man himself.

This brief monograph was one of the last from the pen of Robert Latham, who died early in 1995. He was a Fellow of Magdalene from 1972 to 1984 and an Honorary Fellow from 1984 to 1995. Few works of twentieth-century British scholarship can have evoked such pleasure as the Robert Latham and William Matthews edition of Samuel Pepys's Diary. Started in 1950, the new edition took more than 30 years to complete. Sir Arthur Bryant described the edition as "complete perfection", and Richard Crossman asserted that "the editors have achieved the impossible".