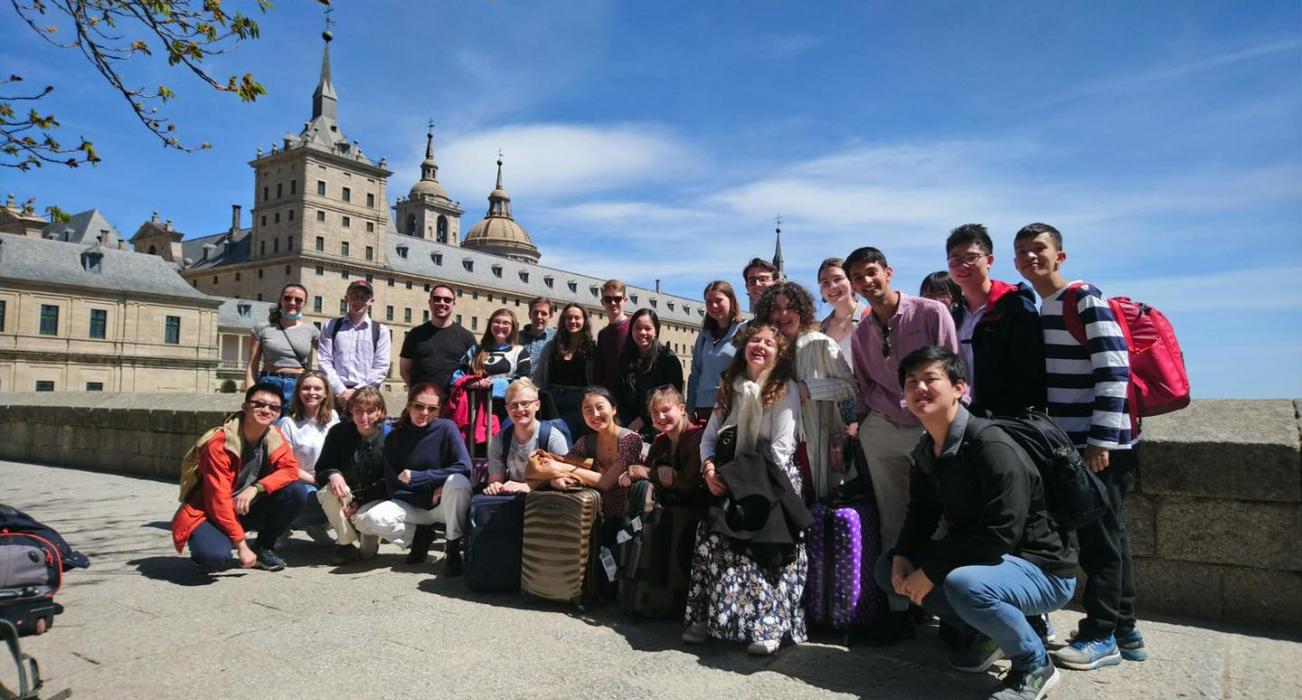 Two years after the cancellation of the Choir’s 2020 Tour, our singers returned to international touring with a hugely successful visit to Spain.

Such is the speed of turnover of our students that none of our 1st, 2nd or 3rd-year undergraduates had been on a College tour before, and excitement was running high as we made our way to Madrid airport. Even our Scottish contingent managed to avoid being delayed by a rather musical football supporter on their flight, and the choir gathered at our coach for the short drive to the monastery of El Escorial, just north of Madrid.

Built by King Felipe II, husband of our Mary I, the vast complex of buildings (planned, apparently, to stop the Devil emerging from the hills just behind the monastery) is home to an enormous domed basilica, easily the size of the entirety of Magdalene's old courts, as well as a small community of monks, ordinands and a famous boys’ choir. After our students had assisted in an English lesson in the specialist music school attached to the monastery, we took part in a school choir rehearsal and short performance. A while later, before a private tour of the monastery, we were privileged to hear the renowned boys’ choir. The director was adamant that we should sing for them as well, so we gave an impromptu and unrehearsed rendition of some of our repertoire. It was most interesting – and gratifying – to hear the difference in style and standard between our two traditions. 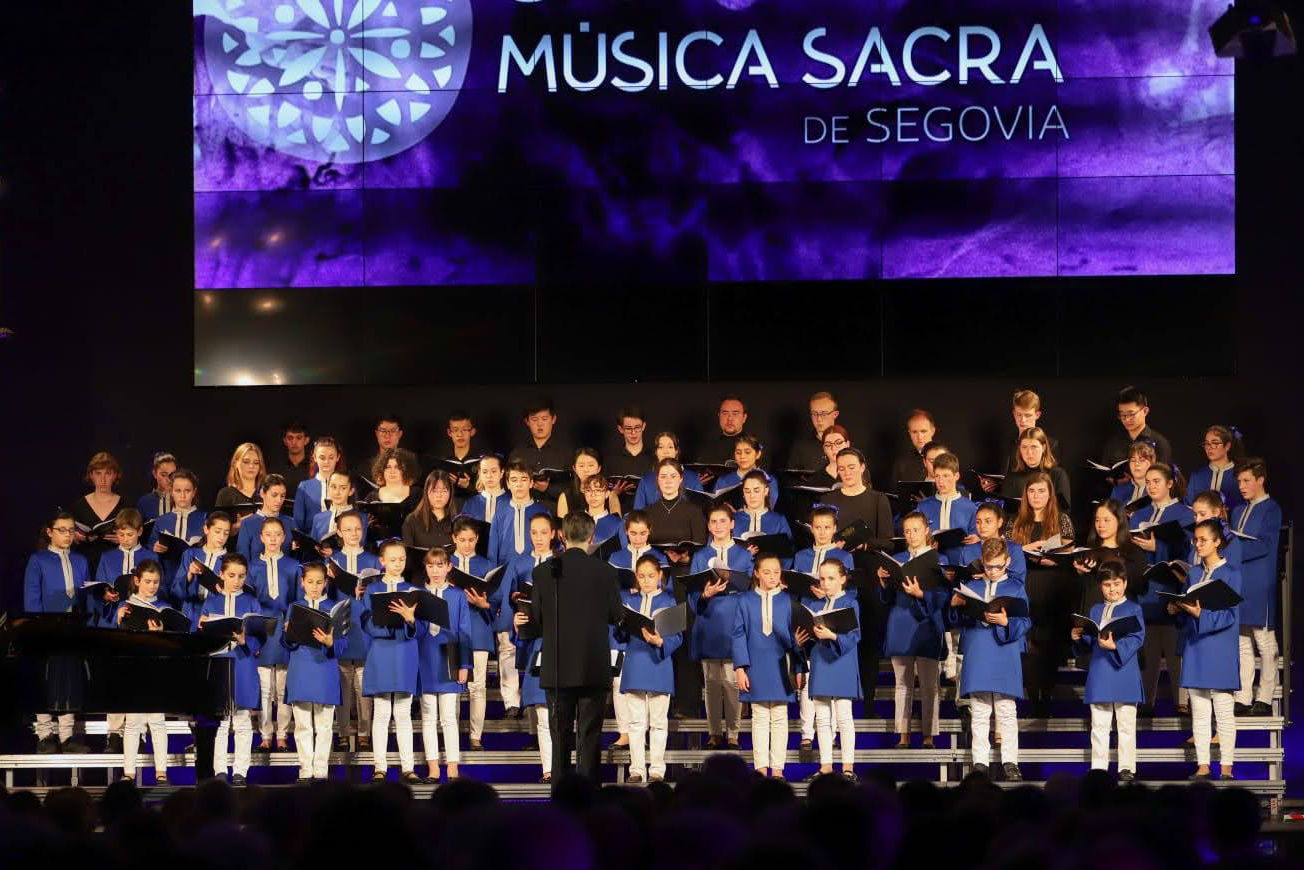 From El Escorial we drove to Segovia, where we rehearsed with a larger children’s choir for a joint concert as part of the Festival of Sacred Music, which takes place every Holy Week in Segovia. The choir were extremely friendly and keen to practise their English, so we had a delightful walking tour of that remarkable city. The evening’s dining was enlivened by the traditional Procession of Our Lady of Sorrows (which takes place a week before Good Friday), with a huge float accompanied by musicians playing shawms and many people in tall pointed hats and masks.

On Palm Sunday we drove early to Madrid for a Mass at the beautiful Basilica of San Francisco, which has the third-largest dome in Christendom (with frescoes by Goya and others). This Mass, and the day that followed, proved to be logistically complex, but to our relief, a late bus journey deposited us satisfactorily at some very comfortable lodgings in Ávila.

Our final concert, in Ávila itself, was very well attended, including by a world expert on the music of Tomas Luis de Victoria, who lived and worked in the city. Cameran our Organ Scholar relished the challenge of playing Mendelssohn on an extremely uncompromising Spanish baroque organ with one manual and (apparently) no pedals, and an enthusiastic Spanish audience gave us a rousing ovation. One last, unplanned, performance took place rather later, after the nightclub closed, at the statue of Victoria. One can only hope that the residents of Ávila enjoy Renaissance polyphony in the early hours of the morning. 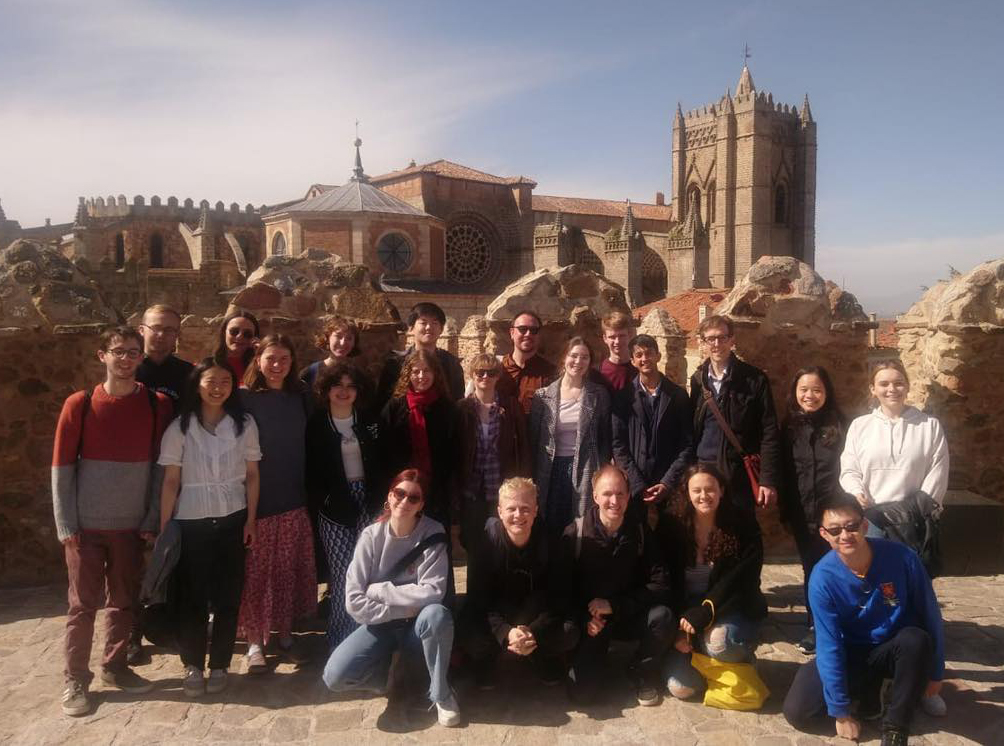 Our huge thanks are due to all our Spanish friends and colleagues who helped to make this possible, and to the College for their financial support, without which these trips, which are so vastly beneficial for our students, would not be possible.

This article was first published in Magdalene Matters Spring/Summer 2022 Issue 52.

This article was first published in Magdalene Matters Spring/Summer 2022 Issue 52.