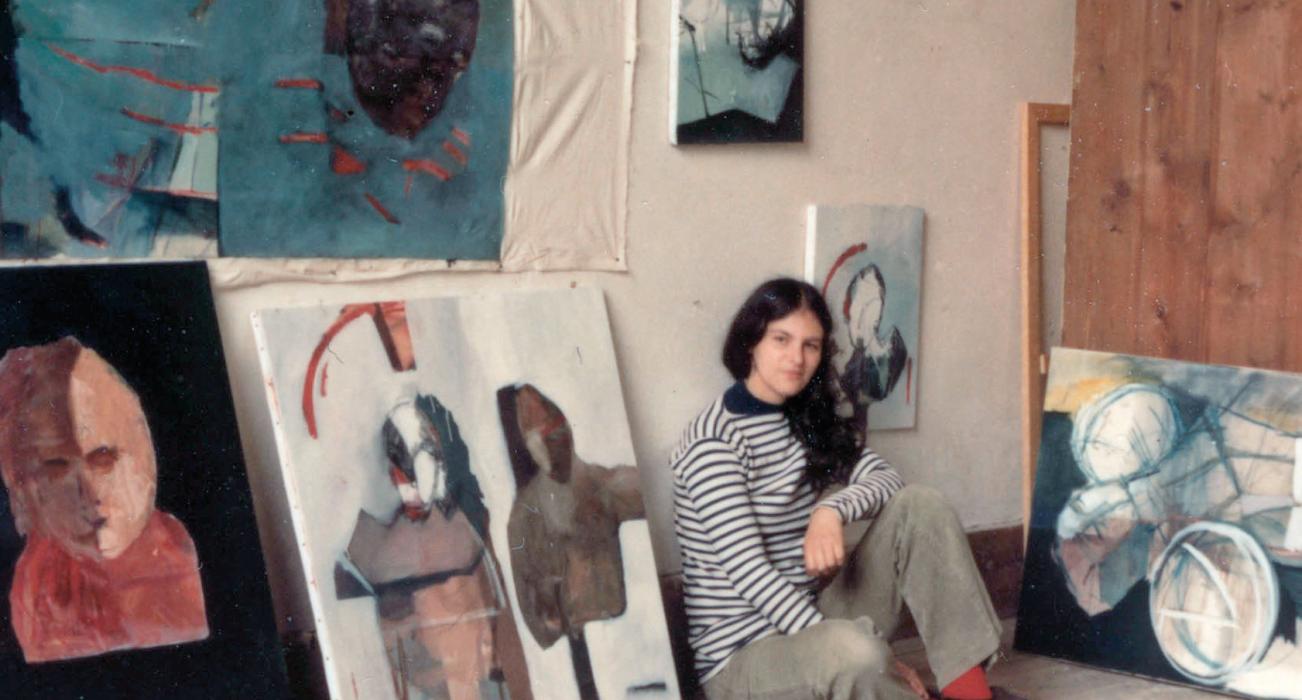 A selection of Ruth Rix’s more recent work from sixty years of painting, shown alongside prints by her mother Helga Michie, a Kindertransport refugee from Vienna. Whilst the artists’ career trajectories were very different, the works shown here together illustrate powerful resonances which throw light on each artist’s work. 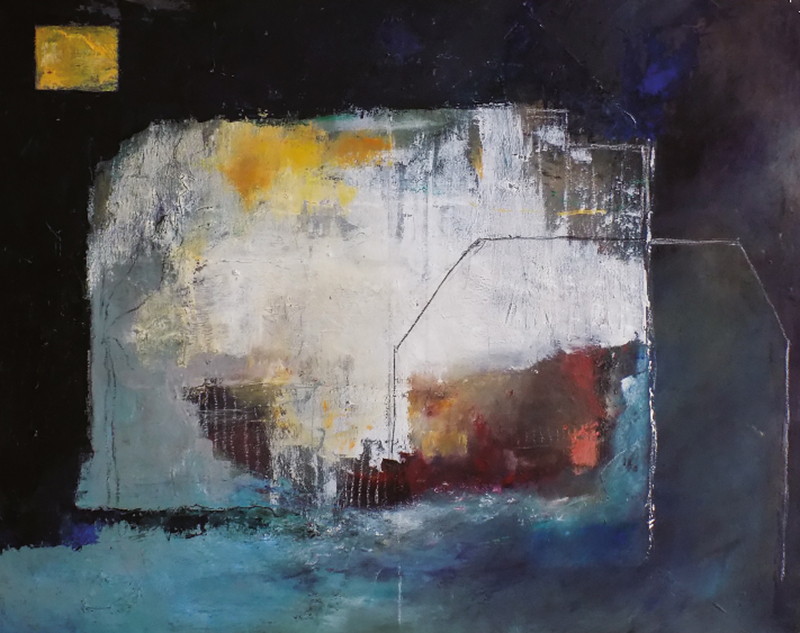 Ruth Rix was born in Leamington Spa in 1942 and went to school in Gloucestershire, Berkshire and London. Her mother Helga escaped on one of the last Kindertransporte from Vienna in 1939, and her father fled Vienna in 1938. Her early years were spent in emigré circles including many people from the arts.

Ruth studied Art and Theatre Design at Chelsea School of Art and The Central School of Art and Design 1960–63, and Fine Art at Leeds College of Art 1969– 71. From 1972–74 she studied for 2 years at Akademie der Bildenden Kunste in Vienna under Fritz Wotruba, before returning to live in England, in York, East Sussex and finally in Brighton.

She has painted for over six decades, and a selection of her more recent work is shown here in the Robert Cripps Gallery at Magdalene College. 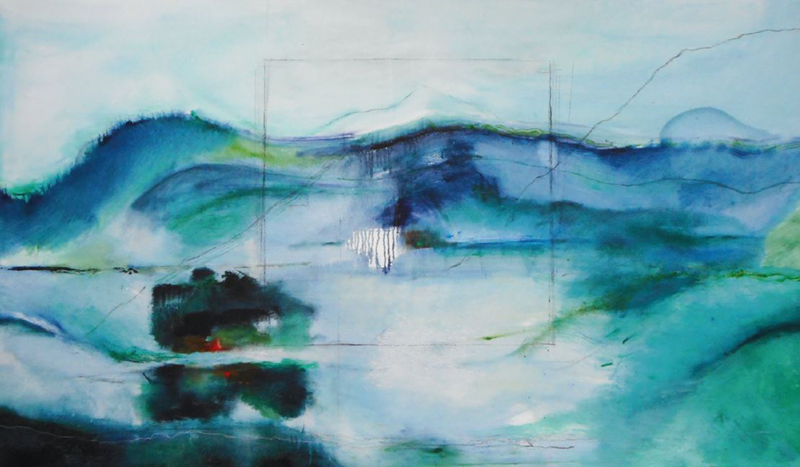 Helga Michie (1921–2018) was born in Linz, the twin sister of the writer Ilse Aichinger, and spent most of her school years in Vienna. When the Nazi persecutions began, the family tried to leave Austria, but only Helga’s aunt Klara Kremer, and Helga, were able to escape to England. Helga’s twin sister Ilse was left behind with their mother Berta, but managed to survive the Nazi occupation. The other close family members were deported to Minsk and murdered. The twins’ separation in 1939 was a thread which ran though their adult lives and work. It was ten years after this separation that the twins were reunited first in England and then in Austria. Ilse and Berta continued to live in Austria and Germany, while Helga returned to England, living and working mainly in London from then on near aunt Klara.

Helga began to draw using ball-point pen in the late 1960s, and then studied printing at The City Lit. Her work mainly spans the two decades 1968 to 1988.

This exhibition shows a small selection of her etchings and lithographs from the late 1970s and the 1980s. 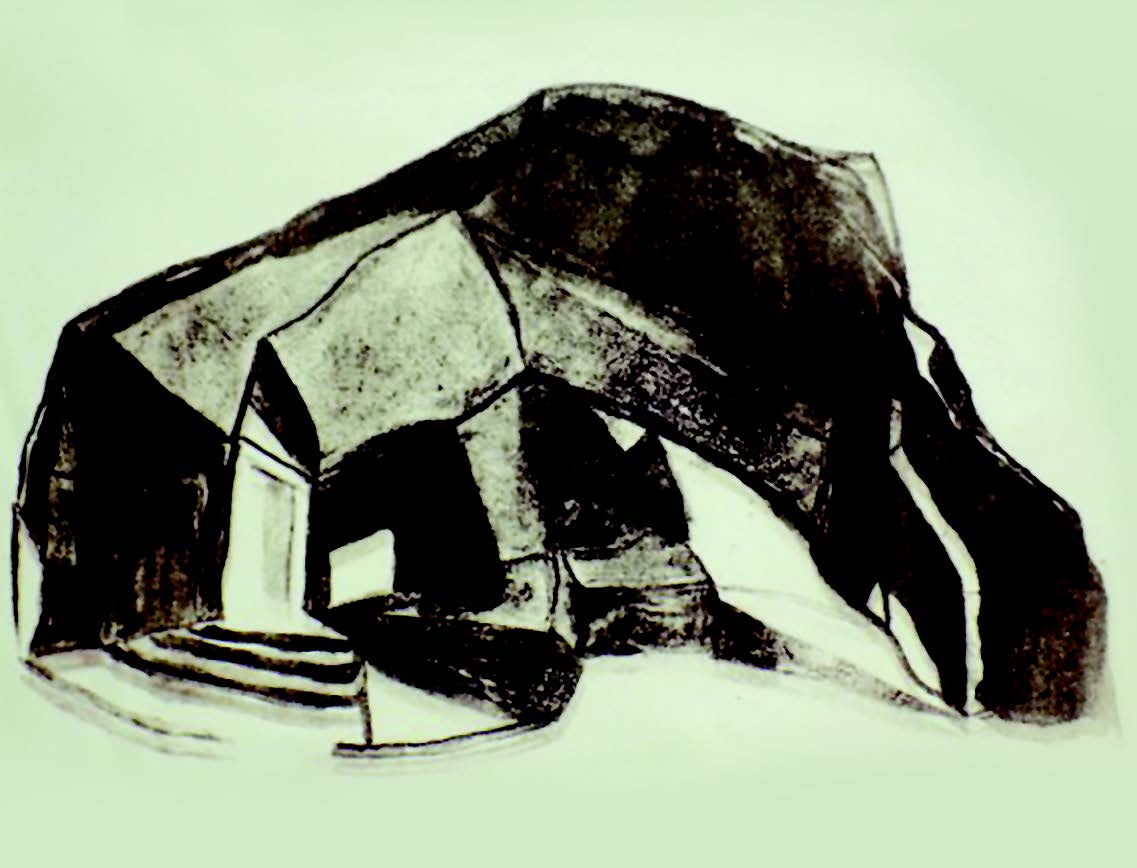 After Abstraction – The Soundscape of Shapes in the Works by Ruth Rix and Helga Michie: an experimental musical performance and a talk by Rüdiger Görner

Discovering the Living Space: an exploration of space, real and imagined, in times of movement and migration.
Music performance and panel discussion

Study Pack for students of German