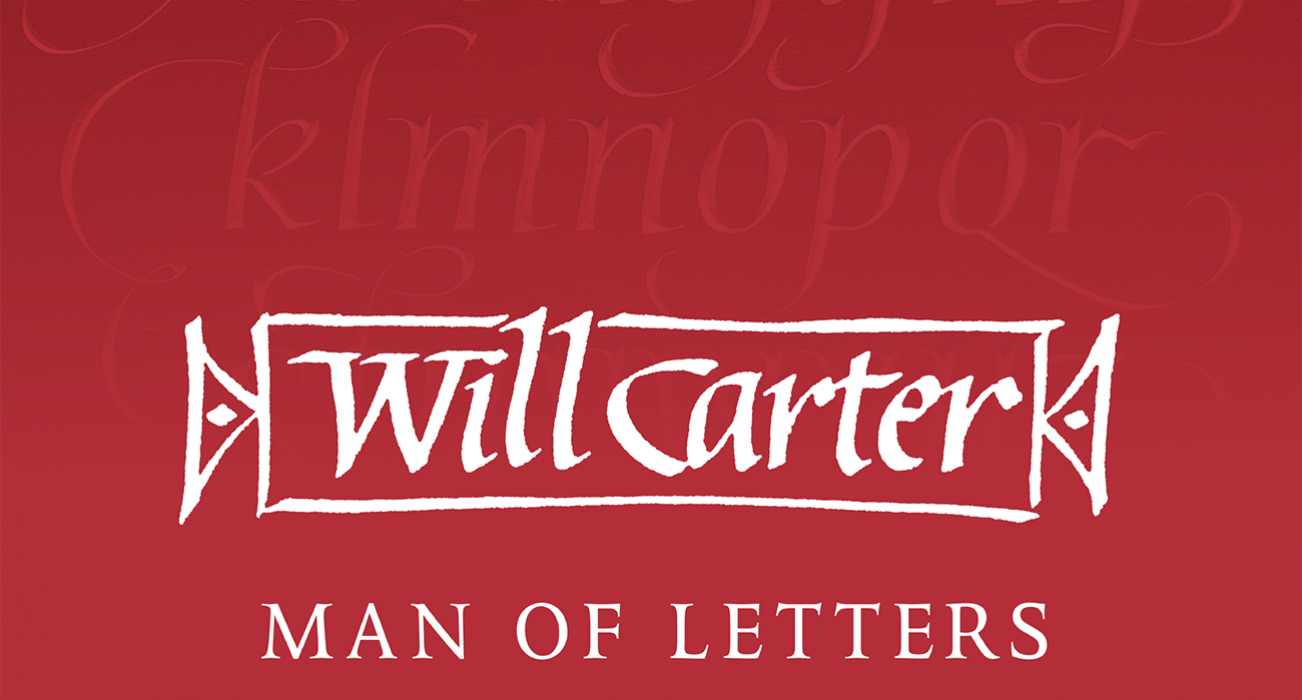 Will Carter - Man of Letters 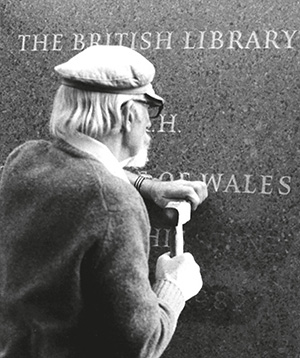 Honorary Fellow of Magdalene College, Will Carter OBE (1977), was a master craftsman - printer, typographer, calligrapher, carver of wood and slate - for whom good design was “a matter of seeing the simplest way of doing something, which is usually the best”.

He is regarded as amongst the finest lettering artists of his generation and the post-war era. His fascination with the letter form is evidenced in his skill as a calligrapher, compositor-printer, lettering artist, typeface designer, and letter carver.

An important retrospective featuring the wide-ranging portfolio of one of Cambridge’s most respected and much-loved resident artists, including many examples of his calligraphy, letter carving, printing, and typefaces created for private clients and public commissions.

The Lettering Arts Trust presents ’Will Carter - Man of Letters’ at Magdalene College, Cambridge, which considers many aspects of his practice and underpins his reputation as the comprehensive, consummate lettering artist of his generation and the post-war era. This exhibition presents his skill as a calligrapher, printer, lettering artist, typeface designer, and letter carver.

Living and working in Cambridge, Will Carter chronicled many of the city’s events both as a jobbing printer and master letter carver. His clients included university Colleges and institutions as well as private individuals.

On show alongside publications produced by the Rampant Lions Press, many of which are now collectors’ items, are examples of his typography and font designs; hand-cut letters rendered in stone and wood and the well-worn tools he used to create signs, plaques and more personal artefacts. It was his attention to detail that sets him apart.

The exhibition is curated by Cambridge residents Eric Marland – himself a respected letter cutter – and John Gray with additional support from Sebastian Carter – Will Carter’s son and partner in the Rampant Lions Press.

Will Carter OBE (1912 – 2001) was fascinated by letters from a young age. As a boy he was presented with a set of type for amusement and it triggered a lifelong passion for beautiful composition in printing, calligraphy, type design, and letter carving.

He established the Rampant Lions Press in 1949 in Cambridge and quickly became the go-to printer for university publications and general stationery. However, it was his understanding of form and meticulous attention to fine calligraphic details that attracted publishers such as Clover Hill, Chatto & Windus and Cambridge University Press.

Meanwhile, he taught himself letter carving in wood, developing his own unique style and technique, which he employed on the many bowls and breadboards received by friends and family eventually leading to a large series of commemorative plaques for Dartmouth College in New Hampshire, USA. Attending evening classes with David Kindersley he learned to design and cut letters in stone leading to commissions for the British Library at St Pancras, Westminster Abbey, Magdalene College Cambridge and many other opening plaques and memorials.

Will Carter is also known for designing typefaces. KLANG reveals the influence of the German calligrapher Rudolf Koch who he greatly admired. Octavian was a collaboration with David Kindersley and its elegant formality is akin to roman letter forms.

He was made an Honorary Fellow of Magdalene College in 1977.

Of the exhibition, Eric Marland said, “It is an honour to show Will Carter’s work at Magdalene College, with which he was so closely associated. But equally it will remind Cambridge residents and visitors of Will’s work in the city and bring him to the attention of a younger generation. I was privileged to know and learn from him. His work influenced so much of what we see today when we consider fine lettering design and composition.”